A Case Study On Thyroid – How Holly got her thyroid back, and what she did to ruin it. 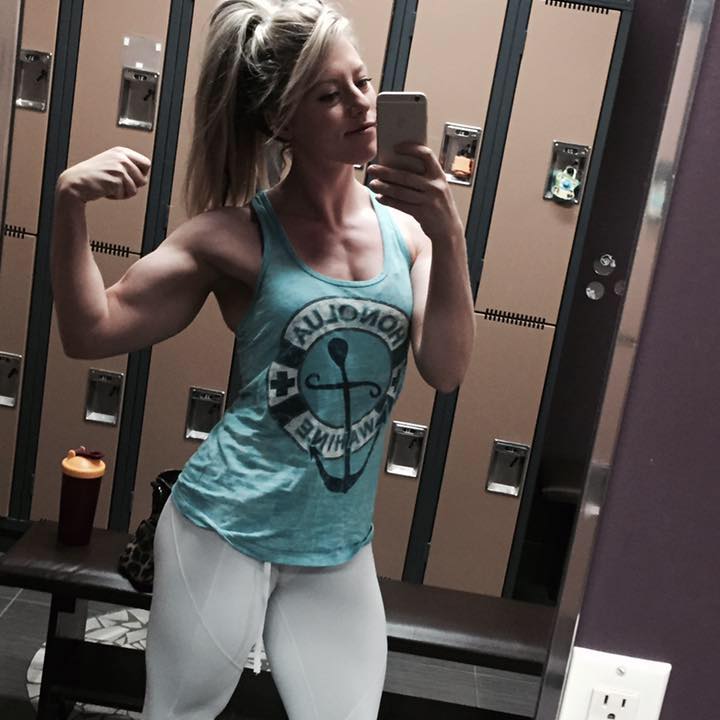 There are a lot of people that cry about their thyroid. They think that as soon as they gain some weight, that they assume their thyroid is messed. This is a completely different topic for another time – so we’ll save it for that.

How exactly can you make your thyroid “shut down” or your values turn low?

There can be a host of factors, but we’ll look at Holly’s specific case

Holly started out in a fairly innocent way – started out doing some cardio, doing the girl weights/boot camp stuff – you name it. She found the light, Started lifting the “big girl” weights, and feel in love with gaining some extra muscle. She then became employed at her local gym – which only motivated her more!

Holly did a figure competition years ago, and unfortunately over did a lot of things:

Too much cardio for too long – I believe she was doing upwards of 2 hours a day (of intervals, I have no idea how she muscled through that) for far too long – in fact, she never really stopped doing cardio… well… ever from her show a long time ago.

Her calories were extremely low, and the vegetables she was consuming were causing her a lot of bloat and gas (see my blog here on ways to help you out with bloat – http://thehabit.space/martystaging/youre-not-supposed-to-be-bloated/ )

Worst of all, she developed a cycle of binging. She told me she had “off-seasons” where she would bulk up and put muscle on. I came later to find out that this was an EXTREMELY low calorie diet during the week, with a binge/cheat meal on the weekends here and there. During the off-seasons, the cardio was never stopped (or reduced, really) and the calories were never brought up to a sustainable level.

We noticed Holly’s energy levels worsening, and caffeine level skyrocketing. Holly’s sleep was also broken, and I started to grow a bit concerned.

She unfortunately put on quite a bit of body fat, despite being on low calories and the cardio. So, how does this happen?

Holly again took an attempt at losing some body fat – and had some decent success – but still wasn’t getting the results from the amount of effort she was putting in (I was there to witness the low food and lots of cardio). Her body flat out wasn’t responding. This, coupled with some work stress, she finally had enough and went and got blood work done. Sure enough – Holly had very low levels of thyroid hormones across the board – t3, t4, and TSH (thyroid stimulating hormone).

Thyroid was impaired – t4 levels were low, and therefore converting to active t3 levels were also impaired. You need t4 to convert to t3 – think of t4 like money in the bank, and t3 as cash – but you can only “pay with cash” in this world. So if you don’t have at least a normal level of t4 – you won’t have any “active thyroid hormone” which is t3. Using my “pay with cash” model, if your body needed 1000$ (t3) and you only had 300 in the bank(t4) you’re going to come up short.

Holly was prescribed some desiccated thyroid –  which is a thyroid hormone pill made from animal thyroid glands. This is a “natural” route as opposed to being pushed onto synthroid (synthetic t4 – the cash in the bank).

Let me interject here and say that Holly was starting to lose almost all of her motivation. She was seeing little to no results, and the sport/hobby she once loved, was starting to seep into depressing her.

Holly stopped doing cardio, slowed down her caffeine intake a lot (I tried to take it away completely but she hissed at me like a snake :S) , and started eating about 200-300 calories above her maintenance levels.

Of course, Holly put on body fat. I informed her that this would happen, but that it was MANDATORY in order for her to have an attempt at getting her natural levels of thyroid hormones back to normal. I also informed her this wouldn’t be quick, and that yes it wouldn’t be overnight.

In my opinion, Holly was lucky – she used desiccated thyroid for about 8-10 weeks, and didn’t do a drop of cardio, and ate the food we asked her too. I have some clients that are stuck on synthroid for the rest of their lives – and that flat out sucks.

Her sleep started to get better, she started to not be as freezing cold, and finally her energy levels during the day started to pick back up.

As of about a week ago, Holly’s thyroid levels were checked out as “normal”. Now, over the years, health has become ever increasing as an area of interest to me – so now that the doctor gave her the thumbs up, we’re going to optimize it a bit.

There are some things you can do NATURALLY to really push your thyroid levels in a healthy way to it’s upper limits – so that when you’re attempting to lose body fat, you don’t sink yours into the gutter.

Sign up below for my VIP mailing list, and be the first to get new updates, my training and nutrition tips, and all the secret stuff that never makes the blog.

Thanks for signing up! Brace yourself for some MEGA awesome stuff coming your way.